Sivan Design has conducted a challenge named “The 3D GIS in the Cloud Slogan Quest” and exhibited during the Esri 2012 International User Conference which took place on July 23-27 in the San Diego Convention Center.

Sivan Design’s booth was a huge success and was constantly active with attendees requesting a presentation on the “3D GIS in the Cloud” application. The booth also included two try-it-yourself kiosks that allowed visitors to have hands-on experience with the application and its editing capabilities. 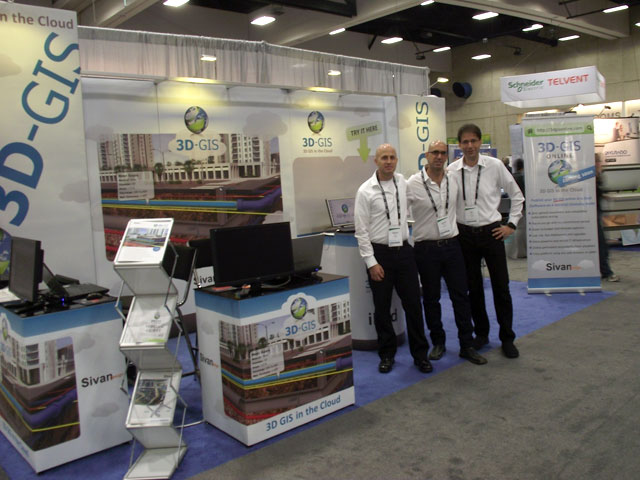 “The 3D GIS in the Cloud Slogan Quest” was an interactive challenge throughout the duration of the conference. Sivan Design has established a servers cloud at the conference that could be accessed by the participants using their laptops and iPad’s Wi-Fi connection. After a short registration, participants needed to open a “3D GIS in the Cloud” project of the city of Philadelphia and were challenged to find a slogan that was hidden somewhere in the city. Leaflets with instructions and hints on where to find the slogan were handed out to participants by Sivan Design’s staff. Participants who were able to find the slogan could join a lottery that was conducted at the last day of the conference and the winner received a 32 GB new iPad with Wi-Fi and Cellular. 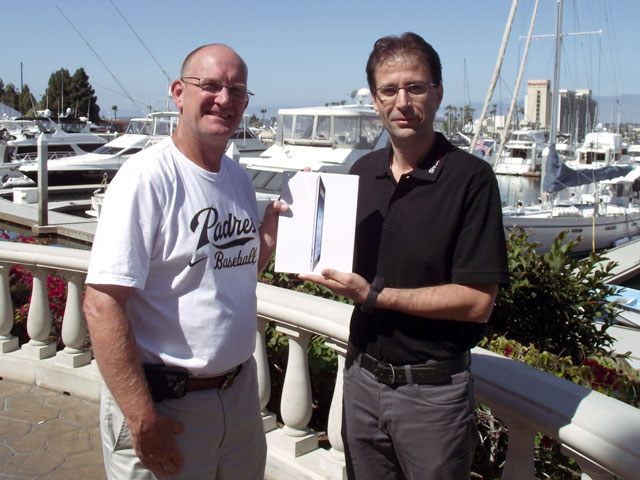 Warm congratulations to Alan Hamrick the winner of the “3D-GIS in the Cloud” Slogan Quest.