The NSDI – the context

The Ministry of Land, Natural Resources and Environment Protection (MLNREP) of Zambia is in charge of managing the country’s land resources. The objective of the National Spatial Data Infrastructure (NSDI) is to store mapping data at a central location and share it with different stakeholders (ministries & governmental agencies) and with the public, through digital means.

A System Requirements Specification (SRS) Document has been submitted to the Ministry, based on the contract documents and requirements reviews executed by the Consultant’s Project Manager. However, the Ministry’s Project Management Team found it necessary to give a voice to a wider range of stakeholders than was initially defined. We decided to run a workshop in which the Technical Committee of the project could add their insights to the requirements document.

Considering that the committee members are not the typical users of the Portal linked to the Infrastructure (as they will be supported using Web Map Services), we set this Workshop, to search and define the needs of the potential users of the NSDI portal, namely, the General Public.

It was also important to take into account and validate the initial specifications of the NSDI in the SRS document that was submitted earlier.

The final task of the workshop, was to discuss the rules and requirements for a public communication plan which will communicate the efforts of the Ministry, the expected results and benefits of the NSDI to the population at the national level.

The preparation of this Workshop was built on the training of this author as a Certified Executive Coach as well as his experience as a Knowledge Management Consultant.

The Main Data Tables as defined in the SRS Document were taped to the windows for consultation and data collection.

The 25 participants were seated around 6 tables in a random initial selection and the rules for the workshop were stated as follows:

The first exercise was aimed at getting the audience into story telling mood. The participants were instructed to turn over the cards that were on the tables and then to select one card each, that reminded them of a challenge that they had once encountered. Then they were then instructed to tell stories to the rest of the team on their table as to what made them pick the card they selected; to tell a story of a challenge they had faced in their life in line with the card they had picked. This was done in order to get the people to feel comfortable to imagine, tell and share stories. 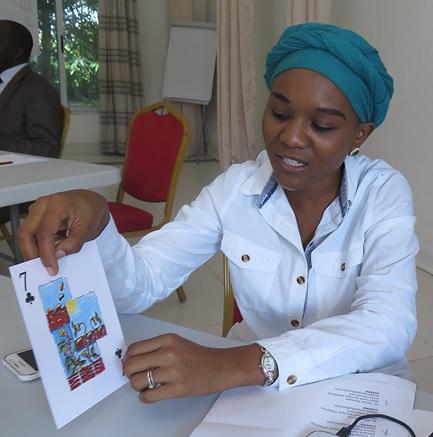 After writing down the persona’s details, they explained the person to the group around the table.

Once they finished telling all their stories, having discussed and clarified them with their partners around the table, they went to the boards to see if the existing specifications fulfill the persona’s requirements. If not, they added them to the boards. 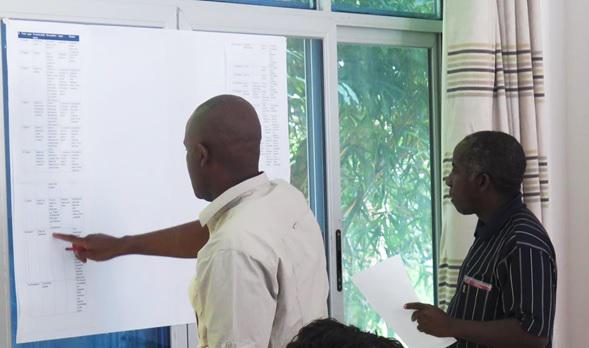 After finishing this task, one participant remained at the table as a spokesperson, and the others joined different tables. After sitting back again, the spokesperson told the new participants at the table about the previous settings and results. Then a second persona discovering session took place.

Below is a sample of the form that was used for helping the participants create the personas.

This exercise added about 20% to the required data layers and a few more requirements for the Portal. 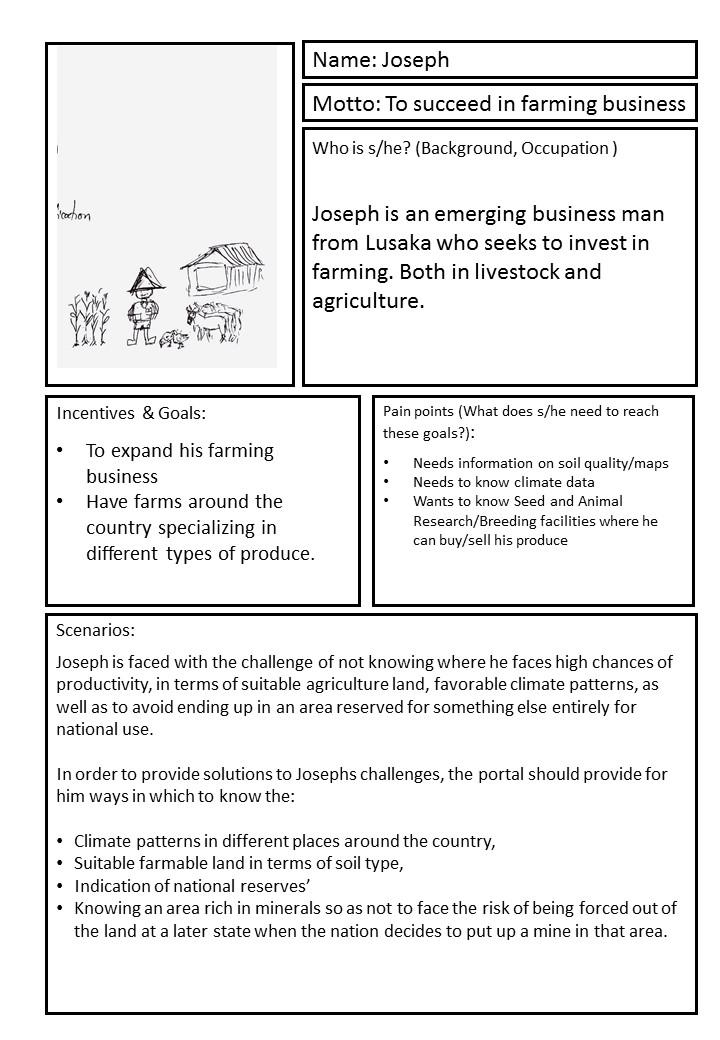 The morning session ended with an open discussion about the exact wording of the About/Help Screen and disclaimers which is of a political importance to the Ministry.

The second half of the day was a brainstorming session on the way they could inform the public about the NDSI. Many insights were recorded but an initial progress plan was created, but unfortunately, elections prevented the ideas to mature to an operative work plan.