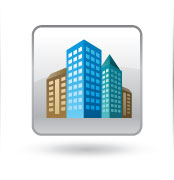 3D-GIS in the Cloud main purpose in cadastre and urban planning tasks is to evaluate and assist in designing the use-efficiency of both existing and planned spatial space. The application provides a realistic and detailed 3D model of parcels, features and structures locates above and below ground, and ownership information. One of the biggest challenges faced by land authorities, when dealing with cadastre, is the fact that land conventional design tools are lacking the ability to handle complex, multilevel spatial spaces that are populated above and below a land parcel.

3D-GIS in the Cloud can perform different impact analysis of structures and 3D Parcels, or query either a feature or an area for its contextual GIS information. The application can store and manage 3D GIS features such as the Spatial Parcel and Spatial Sub-parcel. It can also store and manage the topological relations between the 2D parcel and the 3D Parcels and 3D Sub-parcels at the upper or under space of the 2D parcel.

The system can, for example, automatically calculate the intersecting area between a 2D Parcel and its underground overlapping 3D parcels and create a volumetric expropriation feature. Another Use case supported by the system is its capability of storing and managing common lease/common household information in a 3D environment. 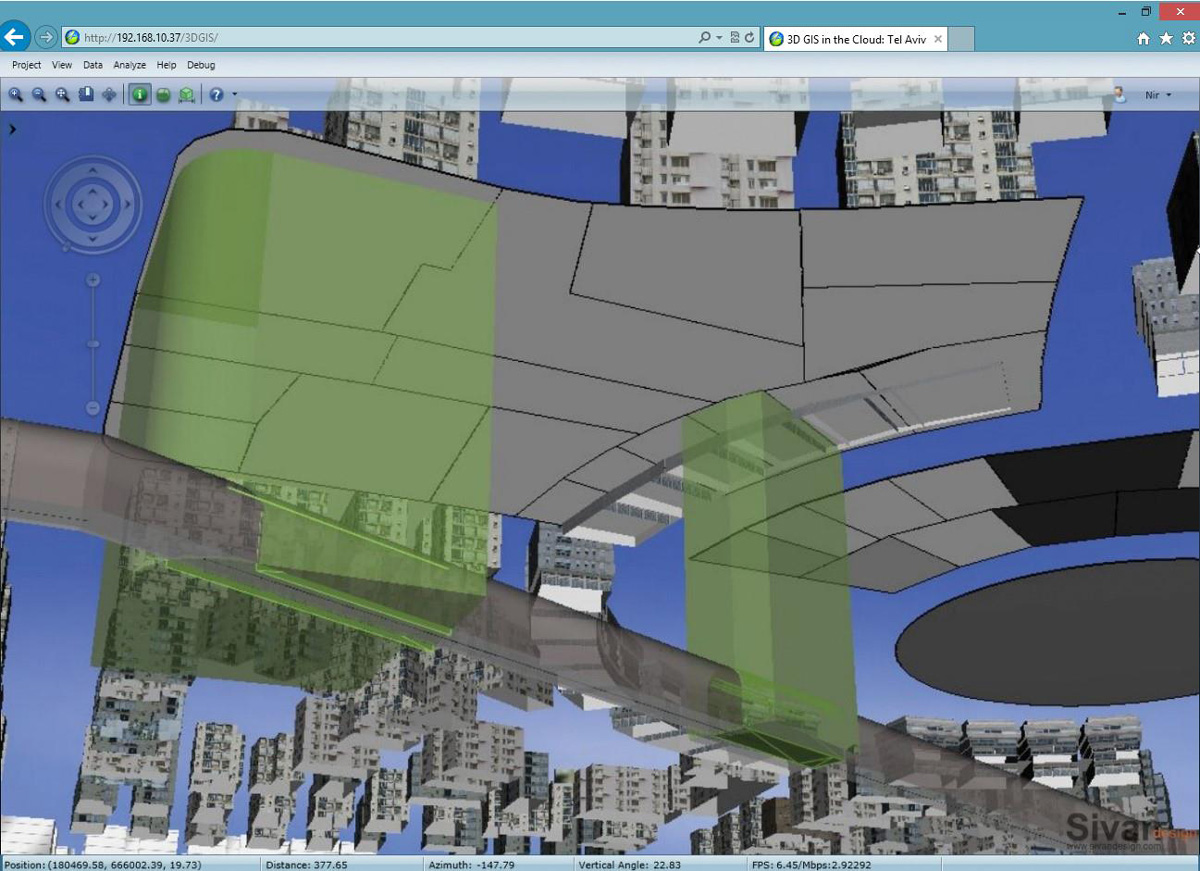 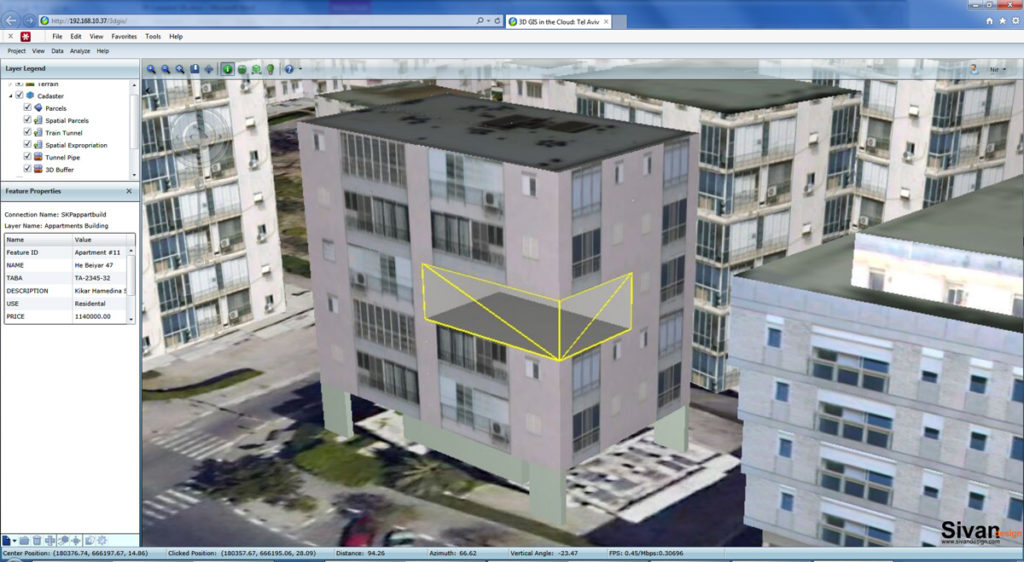