Eight months after signing the agreement and less than 6 months after the commencement of the development of Zambia’s Integrated Land Management and Information System (ZILMIS) as scheduled, the system was successfully launched today in a festive ceremony at The Ministry of Lands, Natural Resources and Environmental Protection (MLNREP) gardens. 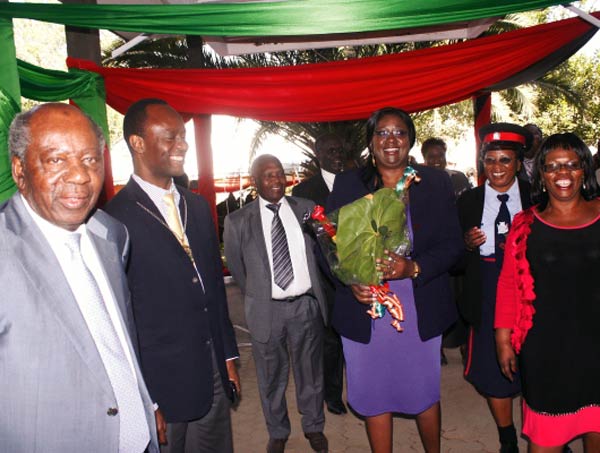 The ZILMIS is replacing the process used so far which was largely manual-in-nature with only several automated functions that led to delay in the certificates of titles procedure and has not been able to meet the challenges in land administration. ZILMIS will run side by side along with the old system until December this year in order to allow testing, debugging and fine-tuning of the system and in January 2014 the old system would be shut down and all land processes and transactions would be conducted completely on the new system.

ZILMIS will provide means for the Government to provide its citizens with secure, transparent and traceable land transactions that would help identify fraudulent practices as it would restore and increase public confidence in the administration of land in the country. The Government would ensure that land administration became effective, transparent and accountable as this would contribute to poverty reduction, wealth and job creation.

The System would also improve certainty of land location and ownership, improve revenue collection and improve land transaction procedures. Minister of Lands, Natural Resources and Environmental Protection Wylbur Simuusa says “The new system will enhance the security of tenure for both customary and State land. It will promote greater productivity and better use of land as a result of enhanced data and information availability and it will curb the current problems of double land allocations”

Finance Minister Alexander Chikwanda expressed government’s determination to develop the land system as it would address the challenges in security, reliability, integrity and efficiency in the land administration system. “The launch of the ZILMIS today is a demonstration of the resolve and commitment to remodel resource mobilization systems to generate sufficient resources for development. The Ministry of Finance will ensure that there is adequate and timely funding to bring the program we are launching to fruition,” he said.